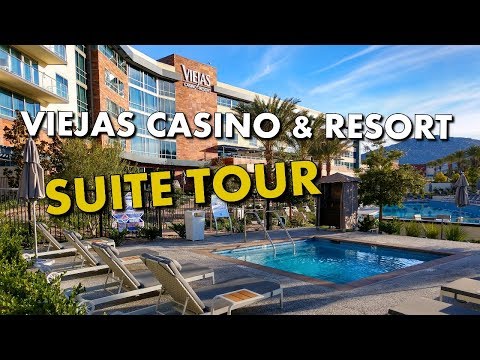 San Diego county has a crap (ha!) load of big Indian casinos that are only getting bigger and bigger! I've gone a little crazy visiting all that I can lately and figured that y'all might like hearing about them!
Pechanga: Probably the biggest casino in the county by a big margin. It's got the flash and everything you'd expect from a Vegas casino, but to me, it's a little soulless and only going after your cash. It’s one of the older casinos here, but still nice and clean. They usually run 2 craps tables that are $10 and $15 min on the weekdays, but bump up to $15 and $25 on the weekends (I think), and they're always pretty lively until pretty late. The plus is that they also have a bubble craps machine with a $5 min but on the weekend, you have to expect to wait 30min - 1 hr to get a seat, but on the flip side, people will play literally all night, so if you're someone who doesn't want to play the Pass, you'll be happy. Their version of craps is that they have two sets of 6 cards, face up, and two different colored dice and the number on each die picks the card that’s used for the number rolled. They reshuffle the cards after the shooter sevens out.
Pala: Pretty big casino that is fairly new. Everything is neat and shiny. They have two craps tables that were $10 and $25 min on the weekend that I was there. The $25 table was rocking but the $10 table was dead (go figure…). It gets pretty dead later at night though. Their version is kind of funky…they have two different colored dice and the one with higher number rolled picks one card out of two face down cards. When the card is turned over, it’ll show a pair of dice combination that determines the point rolled (e.g. the card will literally show a picture of two dice with 3 on one and 4 on the other for a roll of 7). They reshuffle the deck every roll.
Pauma: Tiny casino. No craps, but they have an awesome 2-for-$20 prime rib dinner special every night :-P
Harrah’s: Medium sized casino that’s fairly new as well. They usually have two tables going with $10 and $25 min every day. I believe they have two more tables that they only run on big weekends, like holidays. They have the fire bet here. People will play at the tables deep into the night on the weekend, so you’re bound to get some action if you want, but weekday late nights are more iffy, so be careful. They are the only other casino here that has a bubble craps machine and it’s $5 min as well. It gets fairly crowded during peak hours, but not as bad as Pechanga, but it also clears out fast the second it gets past midnight or so. If you don’t want to shoot, you’ll be hard pressed to play past that time. Their version is like Pechanga’s, with two decks, but the cards are face down before you roll and they reshuffle after every roll.
Barona: Medium sized casino that’s probably one of the oldest right now, but it’s still quite nice and clean. Probably the most local friendly casino here, very folksy and welcoming. They have two tables. One is always $5 min and the other is usually $10 min and people will play all night here, every night. They offer sharpshooter and fire bets. It’s probably one of the consistently busy tables around here, which is great for late night people. Their version is one deck of cards, played face up, and the dice pick the cards. I like this more than the two deck version because a hardway roll on the dice is going to really be a hardway (or 2 / 12) so it’s more fun to cheer for a particular roll.
Sycuan: Medium sized casino that’s just as old as Barona, but they are opening a HUGE new casino this summer that should be pretty spectacular. Right now, they have one table that was $5 min when I went, but it was completely dead. I didn’t even look carefully enough to see how they do their cards, so I don’t know.
Viejas: Just opened a brand spanking new casino in the past year that looks great, naturally. It’s medium big in size. They have two tables, one that’s $5 min on weekdays and $10 min on weekends. The other is $10 weekdays, and $15 (maybe $25?) on weekends. The $5/$10 table is usually ok on the weekends until about midnight, then dies out. On the weekdays, it’s pretty quiet earlier, so be careful here too. They’re the only ones with the small-tall-all bet, which is pretty cool!
Jamul: Also pretty new but medium sized. They have one craps table that seems to be $5 min all the time. I haven’t been too many times, but it feels like it’ll get pretty quiet pretty fast on the weeknights and probably be pretty dead after 1am on the weekends. Not 100% sure on that. No jackpot bets, just standard craps. The cards are like at Barona, one deck, face up, reshuffled after a seven-out.
Hope this is useful to someone!